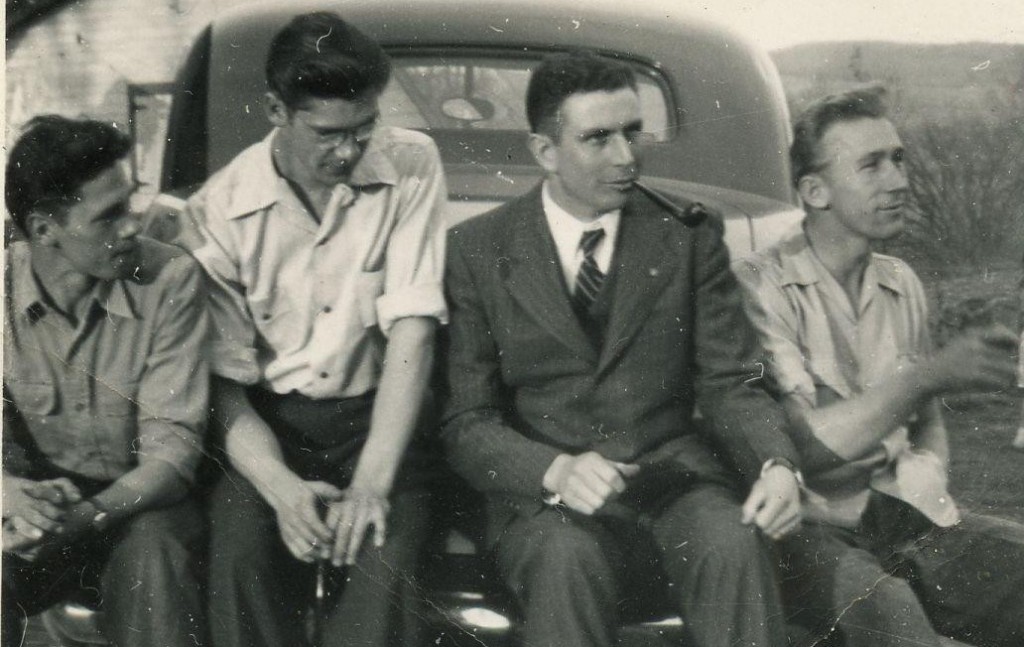 The Pennsylvania hill country is always beautiful, but it was exceptionally so on Thursday. The October sun shown bright, and over the rolling hills the trees that still held their leaves blazed vibrant color. It seems nearly the only way to travel Pennsylvania is cross-country, and that is how my sister and I went, riding the steep descents and sharp corners which take the narrow roads over and around every lurching hill.

The day was beautiful, the occasion for travel less so. Cadie and I were going to see our great-uncle Doug for one last visit. The trip was a two hour trek deep into the Pennsylvania countryside. Doug’s journey had been much longer. He had lived a full and long life—ninety years in its length—but that walk was now nearly over. The time for last goodbyes had come.

I have seen people at the end before, so I tried to prepare myself for the worst even before we left the car and walked up to the house. Sickness can ravage a person even more cruelly than age, and Doug had plenty of both. I still remembered as fresh as yesterday Grandpa lying on the couch, nearly senseless as he slowly slipped away. And so I tried to be ready for the worst. Three years doesn’t make you forget. Downstairs, Doug had just woken, and so we went to see him. It was not the worst, but still it was hard.

There are some people in life who burn with a special brightness.
Powered By the Tweet This Plugin

There are some people in life who burn with a special brightness. They have an energy and vigor in life which seems to set them apart. They stand out, and all the more so as they grow older and still the brightness shines. Doug was one of those people. When I saw him those last years, I thought I’d like to be like him when I grew old.

Doug was Grandpa’s older brother, but even as that man of eighty-some years he still seemed so full of life and energy when he came to visit once a week during the time I cared for Grandpa. He always had a laugh, a “How you doin?” or just a snatch of tune “Ho-ho-hum!” For a man who had seen his share of hard times he seemed able to remember the better times of before, and laugh again at the happy moments.

Because Doug had burned with such brightness in life it was that much more painful to see him Thursday. The brightness was going, the embers smoldering, now so soon to go out. Gaunt as skin and bones, with a pallor of pale whiteness, he looked as I prepared myself to see. In that moment I thought, “Ah, he won’t remember me now. He is too far gone.” And for those first brief few seconds I saw blankness on his face—but then a flicker, and dawning recognition.

“Rundy” His voice barely made it to a whisper, and he extended his hand only a fraction—but it was there. He was there.

To say it was a visit like old times would not be true. And yet, in a way, it was. His mind was no longer what it had been—that once eighty something man who could still remember snatches of memorized poetry now struggled to remain in the present—and his body had shrunk to almost an empty husk. But he was still Doug. He tried to look at the paintings created by my sister, and he tried to make conversation though his mind would drift. He was still finicky about his food, concerned that he hadn’t taken his pills, and stubborn about his modesty. If I moved him to the commode when he needed to go to the bathroom and carried him back to bed before I left it was a change from the strong and independent man he had been, yes, but not a change of who he was.

I came to know Doug because of Grandpa. While I cared for Grandpa, Doug came to visit his little brother once a week, when he could. As Grandpa grew less and less able to talk, Doug talked more and more with me. His life was full of stories. If there is one thing I regret in knowing Doug, it is that I did not get more of his stories, and write them all down. He had at least one book in him, if not more. And I lost that chance.

Doug spoke of wherever his mind took him, and from him I learned more of family history that I had ever known before. He told stories of his childhood, and the crazy things he had done growing up. He spoke a bit of his father’s suicide, and his mother’s loneliness. He spoke of going off to war, his time as an airplane mechanic in the Pacific campaign, of living on tiny postage-stamp size islands, being constantly afraid of Japanese attacks, and eating wild goats and pigs. He told of coming back from the war on Christmas day and in the joy of that story was heartbreak too, as his youngest brothers did not even recognize him. He talked of the jobs he had, the things he accomplished, and even the things he suffered—the highschool students who mocked him where he worked as a janitor, an old man at the end of a long life and no respect. That burned in my throat. Mostly, he stayed with happier memories, stories of his childhood, or stories of his children—whether it be of them being scared by snakes in the garden, or other happy memories. But sometimes, for just a moment, he would travel in harder memories and reflection would come to the time he spent caring for his dying wife, his own battle with cancer, or people now gone. One day he seemed unusually down, especially for him, and I asked. He admitted he had gone through the old letters his wife had sent him before they were married, when he was still in the army. “The tears,” he said, and made the motion of them running down his face, and said no more. 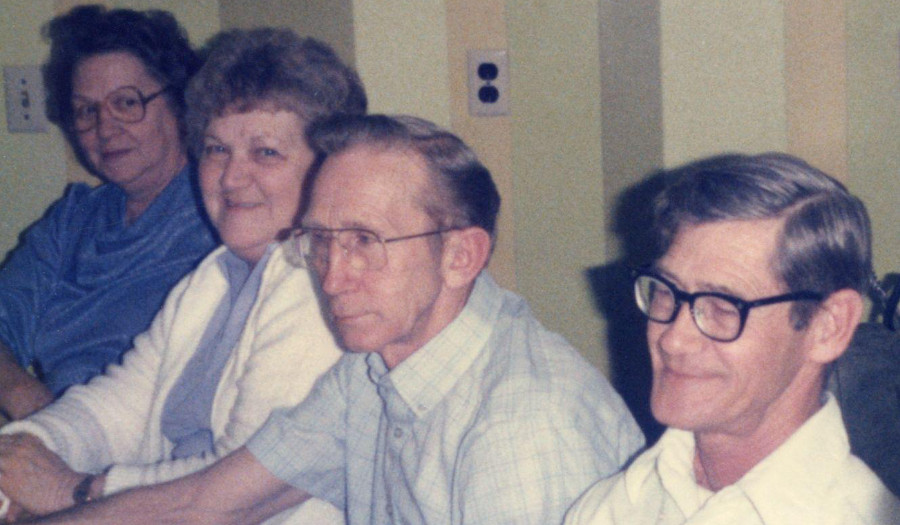 It was very hard for him, I think, to be one of the last. Those who live longest are there to see the others go on. One by one his siblings left this life, and his wife too. Still he lived life to the fullest, and as actively as he could, until the time of he decline. Dignity and grace are hard to manage in the end, when all you have is taken and you are left in the broken shell of the body you once had. It is not easy, but better to go in the care of family. Doug has family, and for that I am glad.

When I saw Doug Thursday I knew it would not be long—a week or a month, but not too long. It is not a happy thing to see someone at their end, but in some way I was glad to see Doug in the care of his own son and daughter-in-law, and to know he would receive the care of those who loved him. But as I left, one thing troubled my mind. I knew how much worse it could get. As bad as Doug was Thursday, I knew how much more of mind and body he could lose until he might be left utterly lost in delusions, bed-ridden for days if not weeks, unable to eat, sit up, or even recognize anyone. That is hard—hard for those giving care, and hard for the leaving. So I prayed for grace for them, for Doug, and Dusty, and Barbra.

God answers prayer, you know, if perhaps not always as we expect. Doug died last night. Quickly he went. I am glad to have known him in this life, and glad his long journey is over and he finally can rest.

It is when I remember one who has lived a long full life that I stop and consider what life I will live. Days yet remain and will I burn brightly in this dark world, being kind to the widows, helpful to the sick, and generous toward all? Or will I go dimly in avarice, selfishness, and a bitterness that ends in the greatest loneliness of all?

Something I think about. 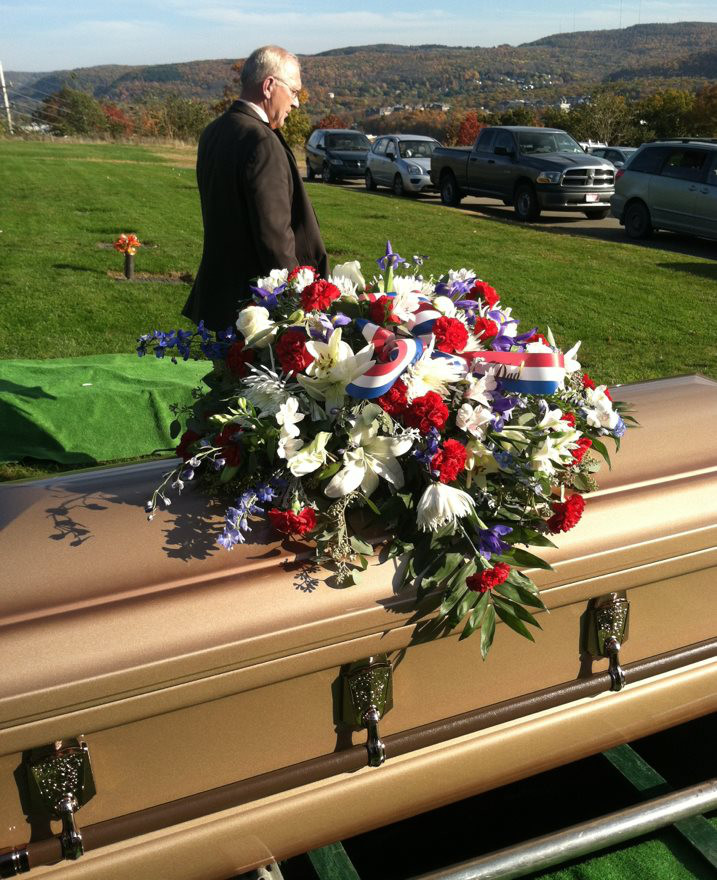