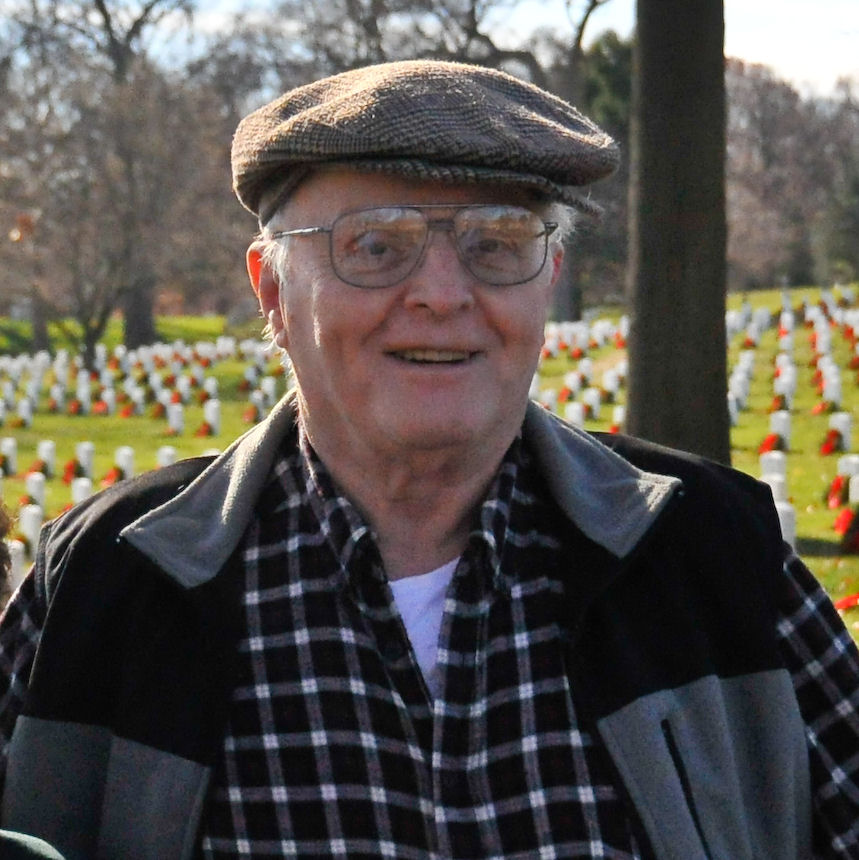 Sunday morning, three weeks ago, I was trying to sleep in. I am never good at staying in bed long after the sun has risen, but that morning any attempt was cut short at seven thirty by the insistent ringing of the phone. While rare is the occasion I manage to sleep much past eight, rarer still an early Sunday morning phone call. With Grandpa in poor health there is an easy place for thoughts to leap when the phone rings at a strange hour. By the sixth ring I was scrambling out of bed and hurriedly dressing. Mom reached the phone in the hall first.

“Yeah. Here he is.” She handed the phone to me. Grandma was on the line.

“Sorry to call so early, but I just found Grandpa on his bedroom floor,” Grandma said. “I can’t get him up.”

Time to rescue an old man from himself. 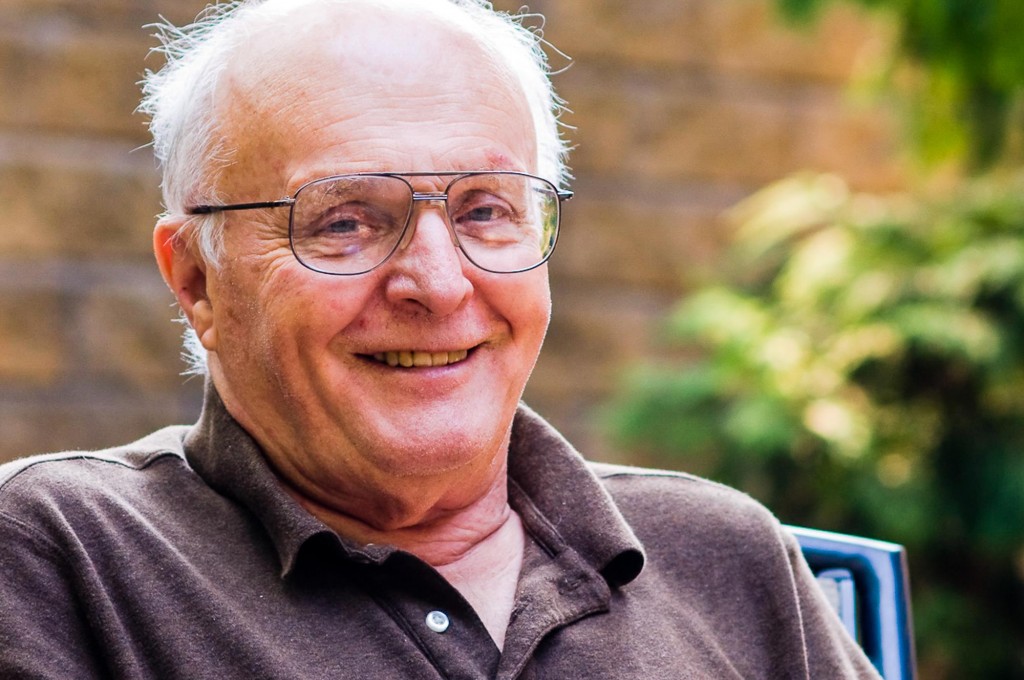 Exactly how long Grandpa was on the floor we will never know—he wasn’t able to explain. And, though the worst he physically suffered from the fall was a small scrap on his back, the event heralded the beginning of a new reality. Everyone who had seen Grandpa in the several weeks prior to that fall could tell he was declining rapidly, his strength failing. Now his weakness had reached a critical point. In the ebbing of his strength the ability to walk now deserted him. Two months ago he wanted to get in the car and move back to his past. Now he required help to simply move out of bed.

I had seen this change coming far in advance, but for a moment it seemed even more precipitous than I expected. I easily moved him from the floor, but the day did not improve for him. By Sunday evening I was called back to help Grandpa into bed. He was exhausted, but refusing any help. When he reached the utter end of his rope I finally convinced him to lay down, and there he collapsed within himself. He stared at the ceiling with a fixed gaze of half-open eyes, his mouth hanging slack, his breathing shallow. He looked so ravaged, so wasted, that he seemed the picture of death. In that second I wondered if he had slipped away under my hands. Then I saw breath and knew he remained, but in the following minutes I considered how few days he might have left. So I went home and wrote an email to the extended family, the “If you want to see Grandpa alive one last time you should come now” email.

I had not expected the end to rush that quickly.

He looked so ravaged, so wasted, that he seemed the picture of death.
Powered By the Tweet This Plugin

As things turned out the end did not come so fast as that exhausted Sunday evening made it seem. What I saw then was only a glimpse of what we were drawing near, not the final rush. Following a span of not eating, and not drinking, Grandpa rallied over the course of several days to again drink in moderation, and eat in scant measure. One meal a day is not the man he once was, but he has a little time yet. We are not counting down the days of the last week, but this is the final stage, the last act. When this is over, it is the curtain call.

Grandpa’s independence—before failing—has vanished entirely. Both Grandma and Grandpa are struggling to adjust to the new reality. Grandpa can’t get himself out of bed, and Grandma discovers she can’t either. Somebody else must stand in the gap.

When everything came crashing down, figuratively and literally, at the beginning of May I stepped in. I made the fifteen minute drive twice a day to change Grandpa and get him out of bed, and then change him again and put him back into bed. It was a manageable—if far from ideal—situation, but with one catch: When June arrives I will begin book touring and then I am no longer available for every need.

It has been nearly a year since Grandma Purdy died, and so for that span I put off the mantel of caregiver and live a life by my own schedule and for my goals. But I find it easy to slip back to the old habits of tending a person whose body is failing. The strange contradiction of an unhappy but comfortable familiarity. 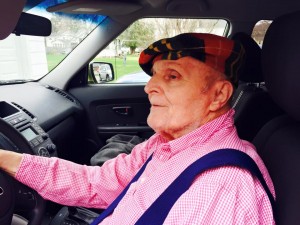 Grandpa hates being weak and needy, and with every fiber of his being he tries to deny it. If he can’t do something it is the fault of something else—or someone else. And so Grandpa needs me, and dreads me.

The familiar contradictions. A surge of thoughts and feelings come back and I can’t really set them in order. They are like the debris left by a flood—jumbled, confused, familiar and yet beyond sorting out. The tempo and rhythm and friction is so familiar–and with it a deep weary thought which ponders how approaching death is one of the most familiar things to me.

How do I walk in this place where death is near and grasping at all? I never have an answer to that question. I walk and I do and where the knowledge for apt deeds and the doing comes from I can’t really explain.

“How do I walk in this place where death is near and grasping at all?”
Powered By the Tweet This Plugin

I wrestle with feeling guilty. That damp festering settles around dying, in many shapes and sizes. The more abstract guilt is found in considering how I’ve carried this load before, and the feeling that I should carry it again—lift it away from Grandma’s shoulders, relieve everyone else, and do what I have done before. I can do this. I have walked this road before. The scourge and the weight are long familiar to me, and when I leave Grandpa mostly in Grandma’s care I have the gnawing feeling that I haven’t done all I should. I could put off my book tour. I could handle the situation.

I must wrestle through it, remind myself that this one is not mine to carry. It is not my place to carry every load, or hold the vigil at every bedside. There is a privilege in walking these hard roads, but Grandpa has not asked me and does not want me, and it is not my place to usurp what Grandma would carry in her own way.

Then there are the earthy moments of guilt when I must wrestle with the practical aspects of day-to-day care. Guilt that Grandpa was in a dirty diaper too long, and I should have done something about it. Guilt because Grandpa doesn’t want his diaper changed and I do it anyway. Guilt that he hurts when I change him, and move him, no matter how gentle I be. And he blames me for it.

If death were neat it would be a little easier, but the hardest things of dying are when it gets messy, and ugly. Grandpa is falling slowly, falling through the days and hours to a final jarring impact with the ground–but he thinks he can catch himself, and he vehemently wants no one to catch him. When to abide his unreasoned wishes, and when to hold him even though he curse you for it? There seems, there feels, a horrible tension in what love is when someone asks you please to not do something and you must decide whether you will honor that request or not. In the light of a nice day the answer to that might seem easy, but what about when it’s “Please don’t change me. Oh, please don’t move me,” and granting that request means is leaving them in a reeking urine soaked bed? It is easy to say love is giving people what the need, not what they want. It is another thing to have your grandfather curse you for it.

How does love manifest itself in such a slow unfurling disaster? You cannot make someone chose life, and so in all of the moments I must harden myself to the curses and do what must be done. Still I must also remain sensitive to the fact that the time will come when there is nothing to do but step back and let go. This is where the hardest part of life resides—knowing when to do what is not wanted, and knowing when to let go of what is wanted. I cannot make him eat, or drink. I cannot make him decide to live. In so many ways, and so many things, the tension of that plays out in the stumbling moments of each day. Sometimes I don’t do the things to him which are best for him–but he vehemently doesn’t want–because I don’t muster myself to fight those battles. There is also the temptation to fight him to chose life when the time of his death has come. Things run in contradiction. It is his life, and his death, and in some measure that means giving him the passing he would chose. But as his mind deserts him it also means sometimes stripping the reeking diaper off him, and changing the sheets, no matter the opinion, the begging, or the curses.

Always in all of is the reminder (if I would consider) that life, and love, does not have the neat and clear I want. If only love always did look beautiful and gain us thanks then the path would seem straight. But sometimes love is the reek of ammonia so strong it chokes in my throat, and the sound of an old man cursing me for what I do and dreading my appearance. Such times remind me again and again that life is hard, and will be harder still. In such places it seems an intolerable thing that love so often hides behind scorned service, and the greatest sacrifices are often the most reviled.

That is the mystery, and the path we must walk in this life. So I be patient as best I can, bear his dogged insistence and accusation with as much grace as I can, and remember that here in this life of dying is all of the strange paradox of what living and loving truly means.