Every caregiver experiences loneliness. I often emphasize how each caregiving journey is unique, but loneliness is something they all share in common. Sometimes the loneliness is like a quiet whisper inside, far in the back of the mind, easily ignored in the bustle of life. Other times it grows until it surrounds and envelopes like a vast and desolate wasteland; dark, terrifying, paralyzing. In the moment of those worst feelings of isolation, being a caregiver seems the most awful life. The wretched thought, “I am all alone, completely alone, and I will always be alone” so grips the heart that a person might think they just want to die.

When we wrestle with acute loneliness it is really, really, hard.

In my life season of caregiving I faced the constant battle of every-day loneliness, but I also went through several periods of acute loneliness. The every-day struggle with loneliness became very apparent when the seriousness of my caregiving situation made my life completely not normal. When Grandpa’s Alzheimer’s left him unable to feed himself or use the bathroom it meant I spent a good part of my day helping him eat, or changing his diapers. And when we weren’t doing that I might have Grandpa sitting on the couch shouting endlessly for people–real and imagined. During that period of caregiving it felt like no one else had a life like mine, and nobody could understand what I was going through.

When we wrestle with acute loneliness it is really, really, hard.
Powered By the Tweet This Plugin

I remember the sensation of living inside a glass box. I would go to the grocery store and there would be a whole crowd of people all around me–and yet there was an invisible separation between us. Those people were going about their normal lives and I was caught in this glass box of caring for someone who was losing their mind. They would go home to their families and I would go home to feed an old man, change his diaper, and tuck him in to bed.

The loneliness felt worse when I was out around crowds, when there were so many people who were not me on the other side of the glass box of my life. I could ignore that lonely feeling better if I was just home alone with Grandpa.

Other times it wasn’t a glass box but a great chasm that separated me from other people. There were days when I would sit out on the front steps to get a bit of sunshine and have a few moments of peace by myself. Neighbors would occasionally walk past enjoying the pleasant weather. I would watch them, and instead of the small front yard it felt like a great expanse separated me from them. They were across the gulf and I was stuck here. I was trapped, and they were free. They would go walking away in this nice day and return to their happy homes and I would go back inside my house to long nights and hard days.

I would sit on the steps and watch the people walk past, envying them and feeling very alone and disconnected from life.

Those are two illustrations of the everyday loneliness. The feeling was a grind, but most of the time I could shake my head and tell myself, “Life is tough. Get over it.” Then I would carry on much as before. It wasn’t pleasant, but I felt like I could mange.

I couldn’t shrug my feelings off in this way during the times of severe loneliness.

Stress or emotional trauma were triggers for some (if not all) of my severe episodes of loneliness. The isolation felt so severe that “loneliness” hardly feels like an adequate word to describe the sensation. I remember vividly a time after Grandpa was gone and I was caring for Grandma as she struggled with her slowly failing heart. After a brutally difficult series of weeks where Grandma emotionally and physically deteriorated we hit a crisis where she ended up being admitted to the hospital by ambulance. In the aftermath I wandered around the empty house. It was quiet, maybe peaceful. And yet I felt more empty than the house and completely bereft of any peace.

Night was coming on and it was raining outside, steadily. I stared out the window and felt drained. Empty. Hollow. The rest of the journey with Grandma stretched before me, and I would face it all alone. Nobody would be there, nobody would understand, nobody would bring relief. In that moment I felt like I couldn’t do it, I couldn’t go on. I couldn’t bear this aloneness anymore. I sat on my bed with my face against the window screen and I felt numb, lost, and hopeless. I am not one for drink, but in that moment I knew why I would want to get drunk. Right there, I wanted to lose myself. I wanted to forget everything, and not feel anymore–most of all not feel how alone I was.

Loneliness is also tied up in grief, and perhaps my most prolonged bout of acute loneliness came when I was grieving the death of Grandpa. If you are caring for a loved one with a fatal illness you may begin grieving their passing long before the time of their death arrives. In some ways I did this, but the loneliness from the loss hit me after Grandpa was physically gone. Some might think, “Oh, you missed him and so when you thought about him you were lonely because he was gone.” No, it wasn’t like that. The feelings were far more visceral, and far harder to put into literal terms.

The best way I can describe it is like this: when evening started to come on I would feel a weight settle on me. I could ignore it during the day–maybe shake it off–but not now, not as the day came to its end. Reflection and weariness came with evening, and as darkness descended outside it seemed this weight on me became a clawed monster, black and hairy, that sat on my back, crushing me under its weight, tearing at me. I desperately wanted to shake this monster off, but I couldn’t. Life was just one horrible expanse of loneliness, meaningless, the future nothing but terrible suffering in the worst isolation. 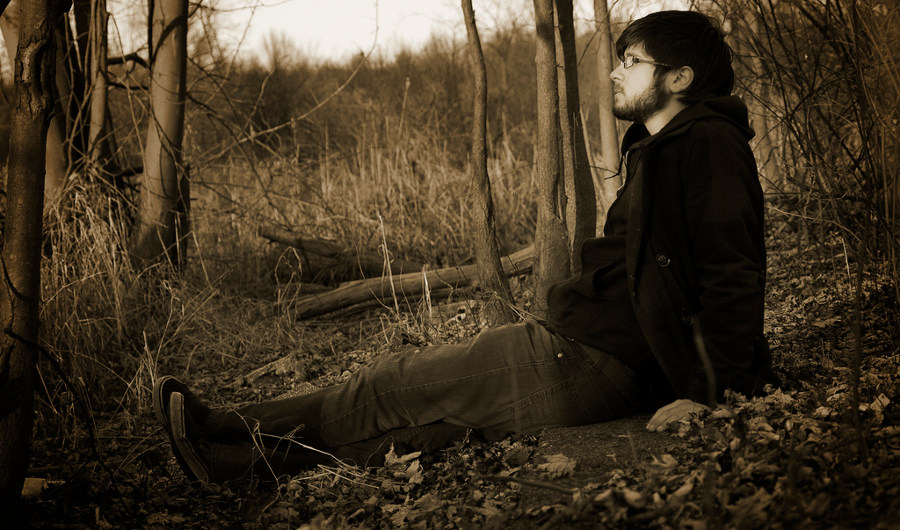 I desperately wanted to shake this monster off, but I couldn’t.
Powered By the Tweet This Plugin

I don’t recall these experiences to frighten you, or elicit your pity. I write because if you are in the depths of the worst kind of loneliness then you know what I am talking about. In your own way you have felt these things, and I want you to know that I’ve been there. I know what you are feeling.

To someone who is not experiencing loneliness the topic can seem a bit academic. The solution is perhaps simple and clear For those in the middle of loneliness, it certainly is not.

The first thing I would say to those battling loneliness is this: “I’m still here.” When in the depths of those worst places it feels like we can’t survive. I know. I was there. But having been there I am also still here. I came through. I survived. And you can too. But it won’t be easy.

Loneliness can cause lies to grow in our minds and these must be battled with truth. Caregivers face loneliness–and we might say they face more than their fair share of loneliness–but they are not the only people to battle this scourge. If there was a support group for lonely people called Loneliness Anonymous (like Alcoholics Anonymous) then at some point everyone in the world would attend. In this life we all have periods of loneliness.

Loneliness can cause lies to grow in our minds and these must be battled with truth.
Powered By the Tweet This Plugin

Loneliness is part of the human condition. The idea that some people have lives free from loneliness is just a lie that our own loneliness tells us to make us feel more alone. We are not the only person feeling alone, and we are not the only caregiver battling loneliness. When loneliness has its grip on us we see our life situation as the worst, and imagine every other person with the best life. When the neighbors walked past I imagined they all had easy happy lives, but the reality is that each one of them had their own struggles. Loneliness can become a vicious cycle because it skews how we see and makes us think we are even more alone than we actually are.

Answering the lies of loneliness with the truth of life is very important. You don’t have to pretend that you’re not lonely, but it is good to remind yourself, “I am not the only one facing the hard caregiving journey alone. Other people in the world have the same struggle as I do.” And telling yourself, “My life is hard and I wish I had company, but the people I see around me don’t have it easy–they have hidden struggles too” is something that can help us keep perspective. Maintaining a proper attitude doesn’t make loneliness go away (and anyone who thinks it can hasn’t experience hard loneliness). But affirming the truth of life can help prevent loneliness from blinding us to the greater realities of the world which exist beyond our daily experience.

More important even than answering the lies which loneliness whispers in our mind, we need people who will help us battle the loneliness when it attacks us. It can be incredibly difficult to reach out from a place of loneliness and ask for comfort, but it is vital to have people who know our struggle. It is healing, and restoring, to release all the pent up isolation inside and figuratively (and sometimes literally) cry on a shoulder.

Don’t believe the lie that says only weak people admit to being lonely. That’s wrong. Don’t keep it bottled up. Brave people admit to being lonely, and real friends and family are there for you in those low places. If you don’t have family or friends present for you, find like-minded people who understand your struggle. There are other caregivers who have the same struggles as you, and they know the loneliness you face. Meeting other caregivers in person is a great help, but even joining a group online where caregivers can share their stories and struggles can help in the battle against loneliness.

Don’t believe the lie that says only weak people admit to being lonely.
Powered By the Tweet This Plugin

In this struggle with loneliness never forget that you are not the only person in this place. Your fellow strugglers may not be right beside you in the geographic sense, but in spirit there are many who know what you feel all around the world. Even now many face the same emptiness and oppressive weight that wears you down. Remember–remind yourself every day–that the place you find yourself in now will not last forever. If you persevere it will end. Yes, even for me those long nights did come to their end.

Finally, I will share one last piece of personal experience. For me, in the depths of my worst loneliness, I found prayer was a refuge. When the emptiness of the world around me encroached as a wave ready to come crashing in and drown me under nothing-ness, then knowing that I could never be so alone as to be beyond the sight of God was–in my darkest moments–the only hope I had. That greatest truth is what carried me through. 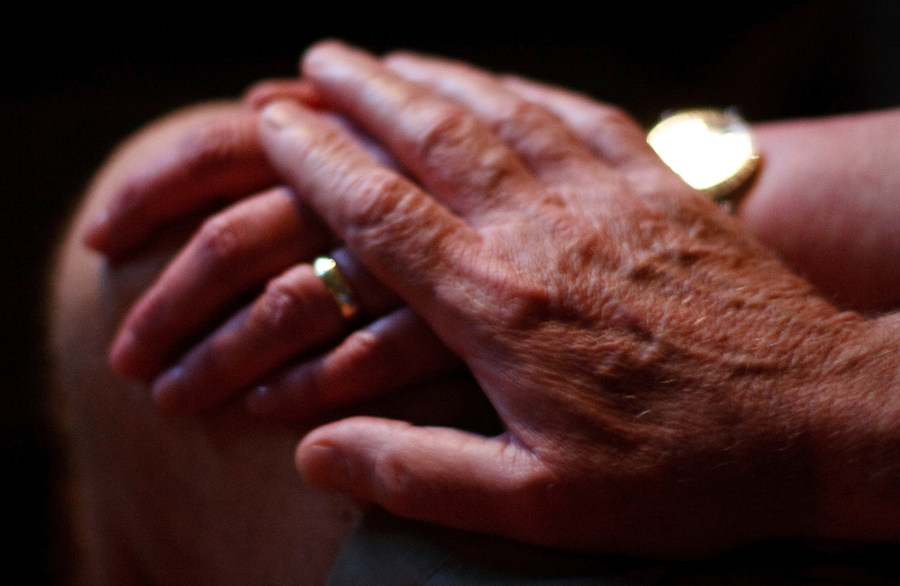