When All Stories End 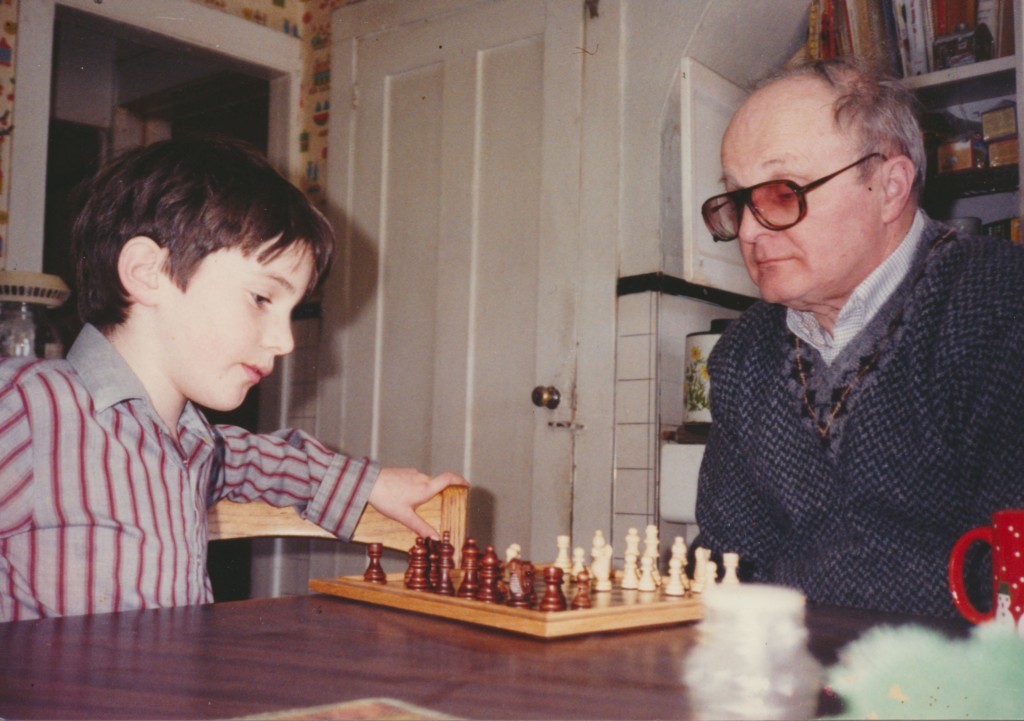 My Grandpa O’Keefe always had a hard time relating to people. His social interaction mostly involved trying to win, offering his opinion (solicited or not), and telling stories–about himself. Grandpa loved to tell stories about himself. He was a man, particularly in his old age, who was easy to caricature. The teller of the same endless stories about himself.

I always wonder about the real people hiding behind what they present to the world. In some way we all do it, but some of us hide ourselves less than others, and some more. I never knew my Grandpa O’Keefe well. I can’t say I ever caught more than a glimpse of the man as he was behind what he presented. Perhaps I never had even that. Perhaps nobody really did. He was a man who had much he wanted to show the world, but I think also there was much he did not want the world to see. I am not certain even he realized how much he sought to hide.

That I will never know.

Grandpa kept his inner life apart. He did not let people near those most tender places that dwell within all of us. So, I can’t tell you a story today about what I knew about him. But I will share with you what I think, and what I wonder.

On his surface, Grandpa appeared a very simple man. By that measure he was a man preoccupied with his success, his imagined success, and the more success he wanted. By that passing glance he was a man of utter confidence in himself. If you listened to him he was a man unto himself, a conqueror of the world.

But I have found that often a person praises themselves for the thing that deep within (perhaps so deep that do not even recognize it) they fear that they are not. Grandpa blustered about himself, and I think it was vitally important for him to believe his own bluster. It is that importance which hints at what, in his own deepest place, may have bothered him. The people who are most supremely at rest in who they are, and what they have done, don’t need to talk about it. But Grandpa had to talk about who he was, and what he had done. He had to talk about it a lot. 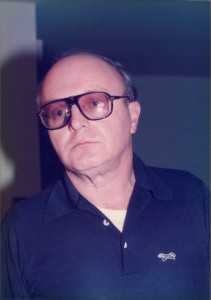 Yes, probably just about anyone who knew him well could say he had an issue with being self-absorbed. But I think that his lists of accomplishments and victories were so important, and such a key part of who he presented, because there was a little quiet fearful voice inside he needed to keep silent. And I think he became very good in his life at building a shell and a shield that made him feel safe. There behind his mask he didn’t have to be honest with himself or face the parts of himself that were uncomfortable, and perhaps frightening.

I find that sad.

He was a man who presented himself as supremely confident in his own skin. But in those deeply private places, I think he was not. And I wish that in his life he had felt more freedom to bring out who he truly was on the deepest level–both to himself, and to those nearest to him.

I wonder what impact that death had on Grandpa. A year older than his brother, the death must have exercised a profound influence on his life–one he was not willing to talk about, and maybe one he didn’t even recognize. Maybe that death had something to do with his repressed fear of failure, with his need to see himself as strong.

The final piece of Grandpa that I wonder about is his need to win. The only real way Grandpa O’Keefe could interact with his grandchildren was by either talking at them, or by competing against them in what he considered games of intellect. It was important for him that he beat us. He played chess against my older brother, and then myself in turn, until we would consistently beat him. Then it wasn’t fun for him anymore. So the game switched to the card game of hearts where there were four players and enough variety in the winners so he could always feel like he was competitive and clever (even if he wasn’t).

I am competitive too, but I find it odd that Grandpa could only interact with his grandchildren through the venue of demonstrating his competitive success. In my competitiveness I certainly relished defeating Grandpa in chess, but frankly as a sole mode of interaction (besides listening to his opinions and stories about himself) it did become boring. There is more to life than winning.

“There is more to life than winning.”
Powered By the Tweet This Plugin

I don’t know, but I can’t help wondering if the dark touch of mortality so early in Grandpa’s life somehow influenced all of these things. Perhaps as the elder son with a dead younger brother he felt insecure, uneasy, alone, and not as loved as he longed to be. In the hard blow that life gave him, in the pieces he had to pick up and put back together, he felt the need to create for himself a safe shell, and competitive success, along with a comfort found in distance from others. Together it all gave him a sense of security against the insecurity early death brought into his life.

But if the story I have imagined is true, then at what cost. All of us in our messy ways face life and stumble through it, and none of us have a life free from shortcomings. For Grandpa, the person he showed to the world gave him children who were more distant from him than I think any wished, and who knew him less than they all desired. He wanted to be an island fortress to himself, and now nobody will know him better in this life. He wore his mask, and kept his shell, to the end.

So at last we have come to the place where Grandpa has no more stories to tell, no more defenses to hold, no more fears to flee. The time has come when all stories end for each of us. Grandpa has told all the stories he will tell, and now he is told out. His final sentence has been written and we wait for the last period, the closing of the book.

All of our stories will end. Some we tell, some are written in the very days of our lives. Consider the stories you live, and breathe, and tell. Measure your choices, values, and fears–for in them you write your story. Consider the masks you wear, and the shields you hold close.

As much as we make them, so they also make us.

“Consider the stories you live, and breathe, and tell.”
Powered By the Tweet This Plugin