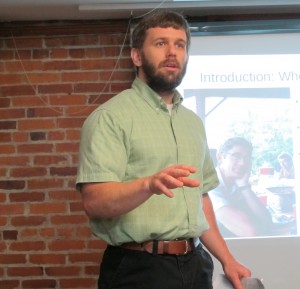 What Other People are Saying 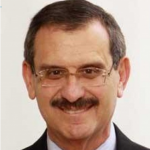 I had the pleasure of hearing Rundy speak as we shared the program in San Antonio November 10,2016. The conference, called the Caregiver Summit , had some 300 + caregivers and professionals in attendance.

Rundy was the Keynote speaker, and gave a talk that was informative, professional and so well delivered that it touched all in attendance. His story was so informational and inspiring that I didn’t want it to end.

I have been fortunate to speak in all 50 states and I can, without hesitation, recommend him to any organization of caregivers wanting an informative and inspirational talk. He is the REAL DEAL!!!

In addition, others have said the following:

One of the best events that we’ve held at the Benson Memorial Library this year was Rundy Purdy’s author talk about his most recent book The Sea Is Wide. Rundy was extremely professional, kind, and responsive to the community that attended the program. He spoke about his experiences with caregiving and listened carefully to the audience and their questions. Rundy is clearly a leader in the area of caregiving and I highly recommend having him speak at your library. You community will learn and grow together with Rundy.

Rundy spoke to our Alzheimer’s Caregivers Support Group. His power point presentation was full of personal stories and poignant lessons learned from caregiving. The support group members were able to relate to his real life examples of what it is to live with Alzheimer’s. In his book, The Sea is Wide, Rundy says, “The world does not understand Alzheimer’s.” Through his book and his educational presentations, Rundy is helping the world to begin to understand Alzheimer’s.

____
Rundy spoke to some of our senior center participants and a few general public participants in Clarion County on November 3, 2015. While most of the audience was 60 and older, we did have a few caretakers present and one of our staff members is also a caregiver with a mother who has been diagnosed with Alzheimer’s. We conducted memory screenings on this same day. I received several positive comments from the participants who were very appreciative in hearing about a person, from beginning to the end who was afflicted with this disease. Rundy shared some heart- wrenching and also heart- warming accounts of the time he spent caring for his grandfather. He was a wonderful speaker who captivated the attention of the audience and held their attention throughout.
Linda S. Lewis
Senior Center Services Director
Clarion Area Agency on Aging
12 Grant St.
Clarion, PA 16214
____

Rundy’s presentation was well-attended and appreciated by all who came. His talk, like his writing, was neither saccharine nor morose about this difficult subject, but pragmatic and heartwarming. The experiences he described with his grandfather and grandmother, fraught with the frustration of a caregiver for a loved one, rang true with the audience; there were many wiped tears and empathetic murmurs among attendees.

Rundy is incredibly personable and charming. He is a natural speaker and has a gift for relating to others. I would highly recommend his book and his visit to any library. Our patrons thought he was wonderful.

Rundy Purdy was the featured speaker at our monthly cultural series in October. He spoke about his book The Sea is Wide and about the realities of caring for a loved one with Alzheimer’s. Those attending the program were visibly touched by the sincerity and emotion of Rundy’s presentation. More than your typical author book talk, he gives an unvarnished look at caregiving that resonates with people who are caring for loved ones or who have done so in the past.

I so hope that the word gets out to as many groups as possible about your presentation and your willingness to contribute in multiple ways to help those dealing with Alzheimer’s disease.

I would encourage every caregiver (and friend or family member of a caregiver) to attend Rundy Purdy’s presentation of his experience of personal care for his grandfather who suffered with Alzheimer’s disease. In his introduction He explains clearly the basic information about the disease. However, more importantly, he shares his first hand observations, experiences and insights concerning the devastating impact the disease has on all those associated with it. His experience has generated much practical and encouraging wisdom.

Rundy desires to help others navigate through the often overwhelming challenges of this debilitating and deadly disease. In his memoir, THE SEA IS WIDE, he has captured the complexities of the struggles and the rewards of his turbulent journey with his grandfather. It becomes obvious that “the sea” is not only wide – “the sea”, in fact, can be terrifyingly deep. His ability to communicate the intimidating realities of Alzheimer’s with great compassion and cathartic humor provides a much needed time of respite for the weary care-giving warrior.

Rundy’s presentation and reading from his book, “The Sea is Wide,” reflected his personal experience and heartfelt devotion to caring for the elderly.  The overview of Alzheimer’s disease, accompanied by very practical suggestions for caregivers, was well-organized and thorough.  Thanks to anecdotes that were both poignant and humorous, sometimes laugh-out-loud funny, Rundy gave an engaging talk that kept the audience absorbed and responsive.

Rundy Purdy spoke at Marian Manor and the Caldwell Public Library, both in Caldwell NJ, on November 18th 2015. Referencing his book “The Sea is Wide” he gave a presentation that was informative (the accompanying slides with facts about Alzheimer’s Disease and caregiving), as well as anecdotal (his stories about his own relationship to his grandfather). It was most definitely from the heart and the audience responded in kind with praise and admiration for Rundy and left with a useful and loving perspective on caring for someone with Alzheimer’s.